IT Automation is Here - Reap the Full Benefits

Automation is one of the hottest trends in IT right now, for good reason. We all know that it can cut out some of the more tedious work involved in data centre management – but far more exciting is the way it can enable software development to proceed at a pace that would have been unthinkable a few years ago.

In this blog post, I explore what’s driving automation and how organisations can reap the most benefit. 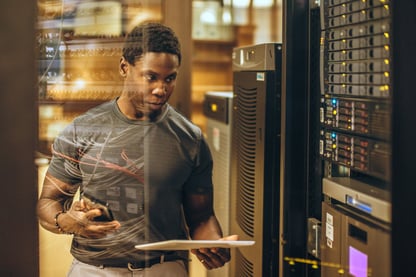 There are several aspects to automation starting with basic infrastructure management. Traditionally, to add a server I would need to power it on, install software, configure it, and then add it  to the right cluster.

The latest generation of hyperconverged infrastructure has cut this hours-long process to minutes. Today I can unbox my kit, plug it in—and before I can finish my coffee it’s been automatically discovered, added to the appropriate cluster, configured and protected with the proper compliance and protocols in place. There’s no room for human error, delay or forgetfulness.

Automated maintenance and management take things a big step further. Today’s leading AIOps tools are more than just tireless monitors –- they actively use predictive analytics to identify and fix potential issues before humans ever become aware of them. The result? Reductions of 70% - 80%, and sometimes even more, in operational expenses.

As for routine lifecycle maintenance—the updates and patching that have traditionally taken the lion’s share of IT staff time—those days are over. Software can now move a workload off a server, update and test it, and then restore it without a human needing to lift so much as a finger to a keyboard.

Cynics may think all this time saved—on average around 50% for a typical IT team—just means opportunities to reduce headcount. Not so. My observation of many customers over several years suggests that with drudge work automated, people really do have time to be more creative and strategic. Skilled and experienced staff are redesigning and improving processes, and finally have time to mine the organisation’s data mountains for usable insights.

Automation also improves and speeds up software development processes. Today, people in DevOps happily release code updates to live production environments in the middle of a working day. This would have been unthinkable not so long ago, when a single update required a month of planning. 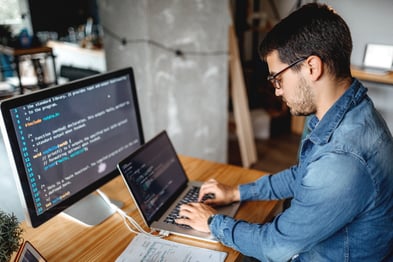 The difference is all due to automated testing. Instead of building an isolated test environment, developers can release their code to an automated pipeline that will stand up a server, stack it with data, put the code through a series of standardised tests and then either pass it through to a release cycle or put it back into the development pool, with detailed notes about what needs to be updated. All of this can happen in less than an hour.

Despite these advantages some organisations still treat automation as heresy, but the idea is gaining ground in even the most risk-averse and tightly regulated industries. I’ve noticed my bank, for example, implementing updates in weeks that would previously have taken a year. This increased speed is a sure security advantage. This responsiveness will become more important as retail banking becomes more app-based and the costs of switching are reduced.

It is these time and efficiency savings—particularly the promise of radically cutting the speed of new release cycles—that’s driving renewed, widespread interest in automation.

To make the most of the benefits, it’s critical to design and implement appropriate policies and processes.  There’s no use in automating a poor process – in fact it could make things even worse, by removing opportunities for humans to spot when something has gone wrong. In the early days of storage automation, for example, some people got burned by runaway consumption loops because their rules specified simply “if a server needs more storage, provide it”. Without any checks or balances built into the system, things could go wrong fast.

If the right policy work is done, on the other hand, automation not only makes day-to-day operations easier but also eases the governance burdens. When access levels are automatically linked to job roles, for example, it’s easy to prove compliance—and to update and apply policies when rules change.

Most organisations undertake this kind of wholesale infrastructure change only once or twice in an IT person’s career, so it’s also important to use all the expertise that might be available to you. This includes your service partners who, if they’re any good, have already seen most of the ways in which things can go wrong. They’ll be able to advise on which policies, checks and balances will help you realise all the gain, with minimal pain. 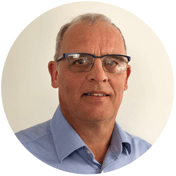