The Good, the Great and the Best Practice

From the core of IT Operations (IT OPs) to the essence of development – DevOps has become the de facto term to describe the ongoing competencies of two interconnected and essential ecosystems—development and operations. Highly agile, competent and flexible IT Ops teams are critical to sustainable business growth. It’s IT Ops that supports turning potential into definitive business value, a crucial skill that ensures the business is as capable of leveraging automation as it is in engaging with its vibrant developer community. However, as the world shifts on its axis, IT Ops is becoming even more invaluable as the organisation struggles with balancing innovation with even more restrictions around budget and time. 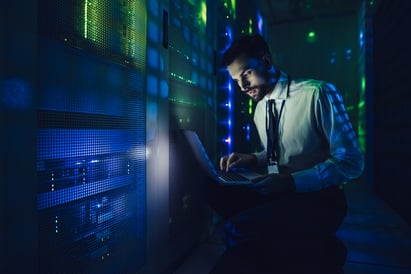 It’s IT Ops that gets the ball into the field.

The ‘Dev’ side of DevOps is perhaps best described as the team of people who create the ball, players and logic to win the game. It’s the developer’s job to stay focused, be proactive, and make sure that the product—the code—is done on time and efficiently. IT Ops, on the other hand, creates and maintains the stadium infrastructure – lights, seating and IT. In business terms, IT Ops supports delivery of a consistent and always available service for internal business units and customers.

IT Ops has undergone something of an evolution over the past few years, the role has become more closely intertwined with Dev—the reason for the moniker DevOps. This integration has allowed for far richer solution development as both sides are taken into account, but there has been friction.

More haste, more speed, less budget—IT ops. More time, better quality, more money—Dev. It’s easy to see how the two teams have rubbed up against one another as they’ve reached for different goals. However, as DevOps has matured, so has the role of IT Ops. 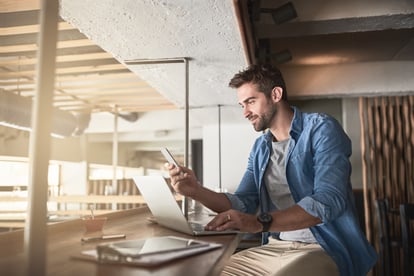 IT Ops teams have become far more engaged in the complexities of development. The great enabler of teams, driving innovation and providing developers with the support and toolkits they need to manage the increasing complexity of cloud, digital and emergent technology. This collaborative approach allows for far more robust approaches to cloud consistent hybrid IT and app modernisation. Holistic DevOps is about the integration and automation between developers and IT Ops teams to ensure the delivery of high quality software.

To achieve this level of collaborative success, IT Ops must work closer together and bind strategies with developers and business leaders. This is a best practice approach for great DevOps results, and is further supported by removing the silos that traditionally sit between Ops and Dev. Good IT Ops looks like visibility and collaboration, not restrictions that inhibit innovation.

Finally, IT Ops needs to find the right balance. Ultimately, this is a role that’s essential to the success of any project. It’s a role that exists for a reason. To fully realise its potential while minimising unnecessary friction with developers, a healthy and balanced relationship evolves from transparency, shared strategy, a clear roadmap and collaborative approaches that benefit both sides of the DevOps coin.

Achieving harmony between DevOps teams allows both to overcome traditional hurdles and help improve productivity. Read how to engage IT Ops excellence in busy teams in our next blog >