The reality is that DevOps teams are often complicated to manage. The teams work towards a common goal, but both have vastly different approaches, KPIs and requirements. Developers think that ops are slow and obstructive, the giant brakes stopping the fabulous 4x4 ride into app and solution development success. IT Ops, on the other hand, is the team up at 3am fixing the problems in the code that the developers threw over the wall the day before, the team that has to ensure the implementation is solid and stable. It’s easy to see why the two can clash.

To improve overall performance, engagement and results, developers need to find the sweet spots that connect with IT Ops and their problems, and show willing in meeting halfway. By respecting the reasoning behind the common complaints that come between the two teams and creating solutions that map back to value for both teams, DevOps can transform complexity into ongoing growth and opportunity.

Give ops the recognition. 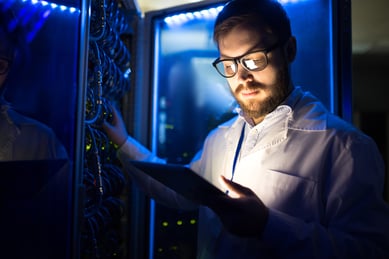 Recognise that IT Ops is on a different time limit to developers. If the server goes down, it can’t wait until morning, it has to be done now. Speed is of the essence. This same speed is enforced by the organisation – line of business wants solutions now. In fact, they wanted those solutions yesterday, which means that everything on the ops list is a priority.

To support IT Ops as they juggle timeline and deadline challenges, developers already have a skillset that’s invaluable – agile frameworks and approaches. They can help IT Ops to refine their own timelines leveraging the best practice agile framework elements that have relevance to their roles. This can help improve IT Ops efficiency, but also create collaborative opportunity.

Another, more obvious step, is to put Dev and IT Ops in the same space. Often the two teams are separated which makes collaboration even more challenging. If the teams are in the same area, allocated their own functional zone, then there is more room for conversation, problem solving, and problem resolution. This can be of immense value at crunch time, but will also offer both teams immediate insight into roles and approaches that will smooth over potential rough patches in the future.

Developers should also provide IT Ops with more insight into the challenges they face. It’s easy to judge the developers when time is tight and people are shouting, but the developer side of the equation is just as complex. If IT Ops gain visibility into the limitations faced by developers – unpredictable code, for one – then they will be more forgiving of the errors that creep in. By the same token, developers need to respect the fact that testing, change and implementation take time. This time will impact their own deadlines. So, create timelines that are more realistically aligned with both sides of the coin. Visibility and transparency are far more efficient tools in the DevOps case than resentment and unnecessary delays.

It is entirely possible for multidisciplinary teams to work hand in glove with one another, delivering exceptional results that meet the needs of the business and their own sanity. All it takes is the right tools, technology, and team work.

Now you've read the perspective of the Developer team, it's important to understand IT Ops side of the story.

Discover how to make sure the relationship between developers and IT Ops is enabling visibility and collaboration, not restricting innovation. Read Now >