Developers have a problem with Operations. Why?

Do you feel as though developers don’t understand IT Ops’ key mandate—to keep the IT environment stable, compliant, secure and always on? Do developers get that everything else comes after that? While this may stem from their need for speed, it is also true that developers face pressures and challenges of their own. Some of them can be solved with the help of Operations in ways that also help you deliver on your goals more reliably.

Integrating the thousands of technologies, systems, third-party applications, websites and databases that are a feature of modern businesses makes your combined project complex. Some of the challenges are hidden during the development process. When they appear—often late—there’s a costly and time-consuming process to avoid failure. Ops are the ones called out at night and over the weekends to fix the problem. But you can create an environment where developers can’t throw it over the wall and walk away to the next project that starts the frustrating cycle all over again.

Legacy infrastructure is a common challenge, and it’s obvious why: older infrastructure was not designed for modern software development needs such as containers and Kubernetes. If the environment is unsuitable or unavailable during development, there is no way for developers to complete their projects on time and within budget. Even if your infrastructure has served your organisation well over the years, but does not make testing and pre-production environments possible, developers will not be able to deliver and will continue to experience Ops as a block.

Developers are frustrated. They are often required to work at a relentless pace within tight budgets. They depend on you, IT Ops, to provide the physical and software stacks they need. But your team often struggles to feed their continuous integration and delivery pipeline fast enough. Along with this, a lack of automation of workflows means that developers’ ticket requests for infrastructure and software, and for configuring and copying database software, are often manually handled and sit in a queue waiting for Ops to sort out provisioning. Incompatible tools are another challenge. When Dev and Ops are using different toolkits, synchronising them is a headache.

How can you help? 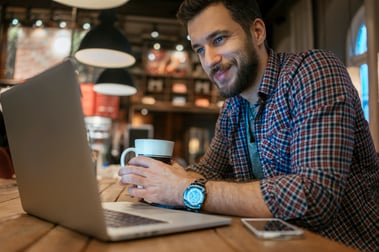 Provide an enterprise-level, integrated framework, with an orchestration option for solving the problem of tool integration and automation of the tool environments. Builds and deployment of code can be automated. It makes developers’ lives easy and production faster.

A self-service, automated private or hybrid cloud for on-demand provisioning powerfully optimises the process of delivering working code into production. DevOps.com goes further: “A self-service cloud should have an intelligent user interface (UI) that gives developers access to a set of common infrastructure tools and applications. Ideally, a self-service UI should allow IT Ops administrators to assign resources in an organised manner. Admins should be able to designate business units on the UI …. They should also be able to assign quotas to each BU (i.e., AppDevTeam1 gets 100 VMs, 25 vCPU cores, 100GB memory and 400GB storage), and to each individual project.”

DevOps also recommend a self-service private cloud with an online “application store” and “single-click access to common tools and services for CI/CD, workload management, middleware and storage back-ends.” A good example is the VMware IT suite, which automates the delivery of personalised infrastructure, applications, and custom IT services. It’s an enterprise-ready cloud-management platform that also automates application release delivery and ensures higher-quality releases.

Discover how to take the complication out of managing DevOps teams by understanding the different constraints of each team. Read the next blog in our series here >