Being an IT manager was a very different career before the advent of cloud-based services. When it came to adding or replacing infrastructure, you had only one option: buy the latest hardware or software.

So, IT would receive its budget and go off and buy the biggest and best kit it could.

These kinds of major capital expenditure projects dominated decision-making. They also created the financial incentive to invest in infrastructure that was built to last, and over time much of that infrastructure became ingrained within businesses.

However, this way of working has borne unintended consequences. Many businesses now lack a consistent platform from which they can build cloud services, 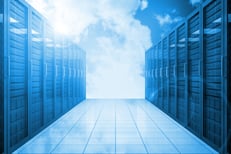 applications, or other solutions. This causes major headaches for IT departments – and can allow more agile, digitally-native companies to overtake them. To understand why this has happened, we need to take a closer look at what was really going on in that old world of IT.

The problem with siloes

These traditional ways of working in IT tended to create monolithic siloes – essentially large blocks of IT infrastructure, unconnected and unable to communicate or collaborate with each other.

Many of these siloes ended up underpinning key business functions such as payroll systems, customer databases or stock management. With IT managers often reluctant to touch business-critical pillars due to cost and practicality, it’s not uncommon to find organisations today struggling with IT headaches caused by databases installed in the 1990s.

Some businesses have tried to update their infrastructure using these siloes as the foundation. For instance, a company might use an outdated customer database to underpin their more modern home-delivery service. Years later, they might then use that delivery service to build out their customer feedback monitoring.

This poses several potential problems. First, outdated infrastructure is often unreliable and difficult to fix. The more equipment stacked up on shaky foundations,

the more crippling it will be when something goes wrong. Second, dated IT is generally slower and less intuitive, hampering employee productivity.

However, monolithic siloes are arguably most harmful in how they hamper flexibility. Recently, we’ve witnessed longstanding retail institutions – as well as organisations in other sectors – lose out to their more agile and digitally native rivals. Think about how traditional cab companies have lost out to ride-hailing apps, or how banking giants have ceded market share to digital start-ups.

Whatever the sector, digitally native brands have flexibility and cloud-based services built into their business model, while older firms are more likely to be faced with complex, decades-old back-end IT.

The fear of missing out

The risk for these businesses stems from the fact that their IT platforms – the physical infrastructure, software, protocols, and systems on which applications are built – are rarely up to scratch for the modern world. These platforms often lack the necessary agility to provide environments that enable applications to be developed quickly, leaving developer teams at a disadvantage.

To get around this, these teams will often resort to building applications in unmanaged public cloud environments, which the IT team or other business leaders have no visibility or control over. This lack of oversight has led some application developer teams to build new or upgrade existing public cloud capacities without sign-off – leaving the business vulnerable to security risks and surprise bills that can reach up to six figures.

Hindsight can make the flaws of a siloed IT approach seem obvious. But they were often the natural thing to do at the time, and arguably were simply the result of larger forces shaping how technology was procured, delivered, and used. The same can be said today: from cloud migration to breaking down existing siloes, long-term IT strategy is complex and the right direction to take isn’t always clear.

Internal IT technicians often have different skillsets and experiences than their peers in consulting or services roles. Lifers will be highly specialised and have a deep understanding of their business but may only have been through a major IT transformation a handful of times in their career. External specialists will have experience leading transformations every day.